The film industry has a long-standing reputation as a men's club, and recent statistics support this claim. According to a 2016 report from the USC Institute for Diversity and Empowerment at Annenberg, two males appear onscreen in speaking roles to every one female, and female characters fill only 28.7% of all speaking roles in film. Only 18% of stories evaluated were gender balanced, with film the least likely to depict balance. Behind the camera, about 85% of directors were male and 15% were female. Women also represent only 20% of corporate boards, chief executives, and executive management teams in the film industry.
The Archer Institute for Film & Video Literacy strives to overcome these statistics by encouraging a new generation of female filmmakers. 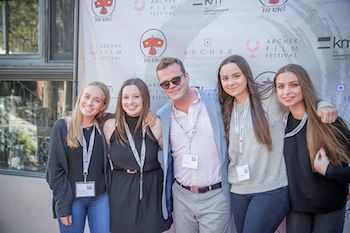 Archer's annual student-run festival is open to high school filmmakers in California and all girls' school students nationally. While the festival is dedicated to empowering female filmmakers, the goal is not to exclude men, but to include women. Each year, participants get the rare opportunity to screen their films at the festival and learn from high-level industry professionals at a series of panel discussions. 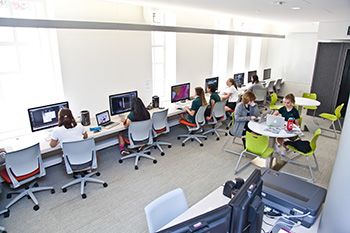 The MediaSpace opened on January 14, 2015, and it is the hub of Archer’s Institute for Film and Video Literacy program. It furthers Archer’s commitment to addressing the persistent lack of women in film and television. Designed for multiple courses to occur at once and to encourage cooperative learning across disciplines, the physical space is filled with bright colors and modern elements to nurture an active, collaborative environment.