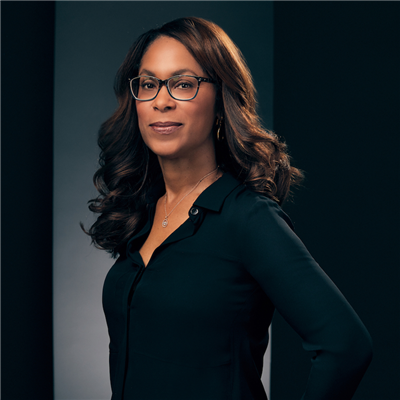 Channing Dungey, Vice President, Original Series at Netflix, will deliver the commencement address at The Archer School for Girls on Friday, May 31.
In her role, Dungey partners with Cindy Holland in setting strategic direction as well as overseeing a large portion of Netflix’s slate, including some of the company’s overall deals with high-profile, prolific producers. Prior to joining Netflix, Dungey served as President of ABC Entertainment, overseeing all development, programming, marketing, and scheduling operations for ABC primetime and late-night. During her tenure at ABC, Dungey created a collaborative environment that supported visionary storytelling, and became a hub for talented and provocative producers to realize their vision. With this in mind, she shepherded a wide variety of successful programming such as The Good Doctor, Roseanne, and The Conners as well as the return of Americal Idol. Additionally, she helped invigorate long-running series, such as Grey’s Anatomy, which she worked on since its first season and has broken television records as the longest-running primetime medical drama.

Dungey, who graduated magna cum laude from UCLA’s School of Theater, Film and Television, has been a visiting professor at the school and serves on the school’s executive board. She is also a founding and current member of Step Up, a national non-profit membership organization dedicated to helping girls living in under-resourced communities to fulfill their educational potential. Dungey is a Los Angeles member of BAFTA and serves on the Board of Governors of the Motion Picture Television Fund. She also sits on the board of Children’s Institute, a non-profit agency working to transform the lives of children exposed to adversity and poverty in Los Angeles.

“We are very excited to have Channing Dungey give the commencement address to Archer’s Class of 2019,” Head of School Elizabeth English said. “Ms. Dungey’s pioneering, deeply thoughtful approach and subsequent success has further set the stage for what is possible when women lead. Our girls are thrilled to have such a visionary and impactful speaker.”