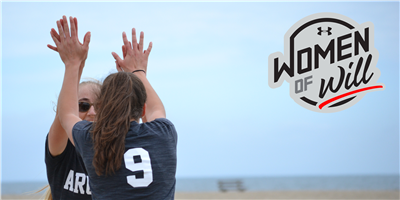 Partnership with Under Armour will Celebrate Archer's 'Women of Will'

Soccer Concludes its Season
The soccer team had an unprecedented playoff run in a higher CIF Division 5 this season. In the first round, they defeated Louisville High School 3-0 with a hat trick by freshman Rose C. '23 and assists by Stella K. '20, and Alyssa P. '23
In the second round of CIF playoffs, the Varsity squad traveled to Hemet to play the Tahquitz Titans, a school of 1600. The only lights in the city were at Titan Stadium, the only smells from the neighboring dairy farm, and the sounds of two teams battling it out on a striped green turf football field.
Senior Riley A. '20 scored the first goal from 30 yards out, followed by a goal by Ali A. '22 off the dribble. In the final minute, Senior Captain Sophie L. '20 played a ball through to Freshman Rose C. '23 who beat both defenders and keeper with a shot to the far post.
In the Quarterfinal round, Varsity Soccer traveled to Rowland High, a school of 2,500 students, and took the team to double overtime with a score of 0-0. The team lost in penalty kicks 2-4, though it felt like a win because of their extraordinary play and efforts.

Spring Sports Take Off
Archer’s Middle School and Upper School Spring Sports have followed in a seamless line of varied victories. Varsity Softball’s home games have returned to Archer’s restored softball field. After four weeks of spring training, the team earned its first pre-season wins with a 9-0 victory over Malibu High School and an 8-5 win against Chadwick. The team’s upcoming games Leuzinger and Windward.
Upper School Track kicked off its Liberty League meet with a first place team finish, earning 83 points. The team won every running event and in the shot put event. MS Track & Field has their first league meet on Tuesday, March 12, at West LA track at 4:00 p.m. The athletes have been training at the local Lincoln Middle School track during the week, practicing their form, handoffs, running into the curves to become stronger and faster.
Varsity Swim competed against Brentwood and Buckley last week at Brentwood. The team won every relay event – and every individual event with the exception of three. The swimmers will compete at Crossroads this Saturday, March 7, at 11:30 a.m. in its first Coastal League Meet.
Beach Volleyball had its first matchup against Notre Dame Academy on Thursday, March 5, at the Annenberg Beach House courts. Their next competition is against Pacifica Christian on Tuesday, March 10, at 4:30 p.m.
Middle School Tennis East and West teams play in the Pacific Basin League's co-ed league and met Geffen Academy on Thursday at the UCLA courts. The East team was victorious with a 5/1 result and the West team was ahead 7/5 and 5/3 before the sun set. Looking ahead, the West team will play Crossroads at Memorial Park on Tuesday, March 10, at 3:15 p.m. The teams are match ready!
The Archer Equestrians will compete in their final show of the season over Spring Break on Sunday, March 29, at the Hansen Dam Equestrian Park. Amber C. '21, Isabella I. '21, Maisie S. '20 received medal final invitations for the final show.