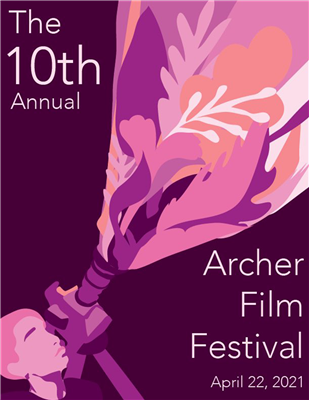 Mayo Opened The Archer School for Girls’ Milestone Event with Keynote Panel
Los Angeles, CA (April 22, 2021) – The Archer School for Girls celebrated its tenth annual Archer Film Festival empowering female filmmakers, featuring Alana Mayo, President of Orion Pictures, and Anna Heinrich, Head of Production at Reprobates, as keynote panelists. Festival organizers received more than 640 student-produced film submissions from 66 countries around the world. The virtual event included a screening of finalist films with judges including Archer alumni who founded the Festival and those who served as student leaders over the years. Event sponsors included Bad Robot Productions, CBS Entertainment Diversity, Mark Gordon Pictures, and Everywhere Studios.
Veteran industry executive and producer Alana Mayo serves as the President of Orion Pictures, where she oversees the label’s day-to-day operations, including development, acquisitions, physical, and post production. Orion Pictures, a division of MGM, is dedicated to underrepresented voices and authentic storytelling in film with a focus on developing, producing, and acquiring feature films that amplify underserved voices, both in front of and behind the camera. Prior to working at Orion, Mayo served as Head of Production and Development for Outlier Society, Vice President of Production at Paramount Pictures, and VP and head of original development at Vimeo.
Anna Heinrich graduated from The Archer School for Girls in 2003 and is Head of Production at Reprobates, producing for a roster of celebrated directors and film houses including Carlos Lopez Estrada, Pulse Films, and BASA. After receiving a B.A. in Film & Digital Media from UC Santa Cruz, Heinrich became a freelance producer, developing and executing a wide variety of projects ranging from narrative films and music videos to editorial and commercial shoots. She has produced for AFI’s prestigious DWW program and corporate clients including Google, Disney, Youtube, and Columbia Records.
The Archer Film Festival is a student-run and student-led event. “We were so thrilled to have Ms. Mayo and Ms. Heinrich share such a vast range of experience from production to music videos and diversifying the industry,” Film Festival Leadership Board member and Archer senior Addison Lee said. “It was such an exciting way to celebrate our tenth Festival as we learned so much from these two incredible leaders in film.”
Over 20 years later, the gender gap continues to persist. According to a 2020 report from the Center for the Study of Women in Television and Film, women comprised only 23% of all directors, writers, producers, executive producers, editors, and cinematographers working on the top 250 domestic grossing films. This represents an increase of 2 percentage points from 21% in 2019 and a recent historic high, but is only 6 percentage points higher than the percentage achieved in 1998. Only 18% of last year’s top grossing movies had a female director.
The Archer Film Festival strives to bridge that divide by empowering and highlighting young filmmakers who share the goal of advancing the artform by showcasing work from students whose perspectives are rarely seen or heard. Throughout the development of the Festival, student filmmakers are given access to insider industry knowledge, further strengthening their foundation to effectively pursue careers in the field.
“The Archer Film Festival was created to encourage our student filmmakers, give them hands-on experience in the industry, and to help achieve gender parity in front of and behind the camera,” Head of School Elizabeth English said. “Ten years later, we see that much still remains to be done in the industry. This year also being Archer’s 25th anniversary, I am proud of how Archer students have run with the idea over the years, making the Festival their own and bringing exposure and attention to a problem that affects the way young girls see themselves and their place in the world; and alumni who have paved new ways in their careers.”