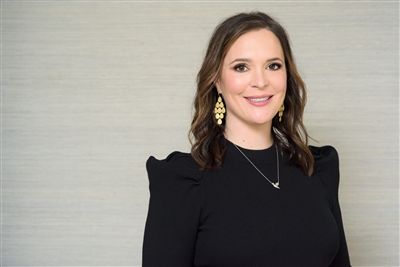 President of Motion Pictures at Bad Robot to Address Archer’s Graduating Class of 2022
Hannah Minghella, President of Motion Pictures at Bad Robot and former President of Production for Columbia and TriStar Pictures at Sony Pictures Entertainment, will deliver The Archer School for Girls’ commencement address on May 27, 2022. A graduate of North London Collegiate School for girls and the mother of three daughters, Minghella also serves on Archer’s Board of Trustees.
“The ranks of women in leadership are filled with empowered girls’ school graduates. Hannah Minghella is among them,” said Head of School Elizabeth English. “We are honored that Ms. Minghella, a model for how you effect change in an industry that has been slow to evolve, will talk to our graduates about her journey and about the transformational power of storytelling in their lives.”

Hannah Minghella serves as President of Motion Pictures at Bad Robot Productions under the leadership of JJ Abrams and Katie McGrath. She is currently in post-production on the film “Lou,” a female-driven thriller directed by Anna Foerster and starring Allison Janney and Jurnee Smollett, as well as the animated adaptation of Charlie Mackesy’s bestselling book “The Boy, the Mole, the Fox and the Horse.” She is also in production on the company’s first documentary feature, “The Blue Angels,” in partnership with IMAX. Additionally, Minghella is overseeing a broad slate of live-action, animation, and documentary features for the company, including the development of the next installments of “Star Trek” and “Cloverfield” as well as new adaptations of “Superman,” DC’s “Justice League Dark” universe, and an animated adaptation of Dr. Seuss’ “Oh, the Places You’ll Go!”.

Prior to her appointment at Bad Robot, Minghella spent 14 years at Sony Pictures Entertainment where she was the President of Production for three different divisions over the course of her tenure. In 2008, she was appointed President of Production at Sony Pictures Animation, overseeing the development and production of three new franchises for the studio - “Cloudy With a Chance of Meatballs,” “Hotel Transylvania,” and “The Smurfs.” In 2011, Minghella moved over to become President of Production for Columbia Pictures, overseeing numerous movies including “21 & 22 Jump Street,” “American Hustle,” “Captain Phillips,” and “Skyfall.” And in 2015, Minghella was appointed as President of TriStar Pictures where she oversaw “A Beautiful Day In The Neighborhood” directed by Marielle Heller, “Baby Driver” directed by Edgar Wright, and “T2: Trainspotting” directed by Danny Boyle.

Born in England, Minghella is a proud graduate of the North London Collegiate School for girls and Cambridge University. She sits on the board of City Year, Los Angeles, and The Archer School for Girls. She is also a member of the Executive Committee of the Academy. Minghella is a founding member of the Los Angeles Women’s Collective, a political action committee that empowers women to influence political and legislative progress, and she spent more than a decade on the board of Women In Film. She lives in Los Angeles with her husband and three daughters.